‘Will not spare anyone even if my premiership goes’, Imran Khan to PDM 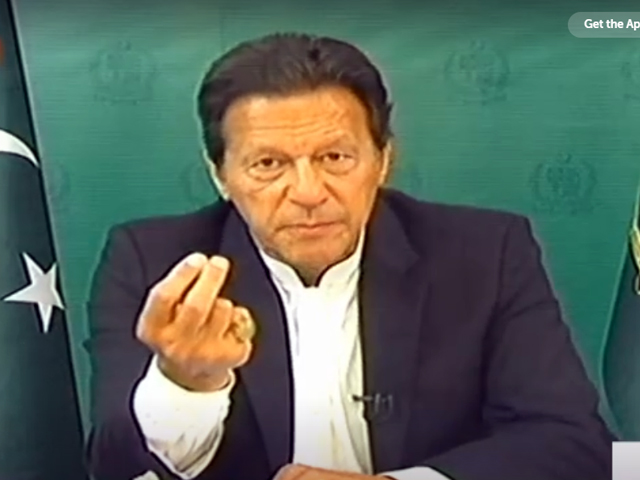 A day after the shock defeat of Pakistan Tehreek-e-Insaf (PTI) candidate Hafeez Shaikh against Pakistan Democratic Movement’s (PDM) Yousuf Raza Gillani in the Senate elections, Prime Minister Imran Khan showed willingness to sit in the opposition if his party’s parliamentarians feel that he is “incompetent”.

“All members [of PTI], this is your democratic right. I you feel I am incompetent, I will sit in the opposition,” the premier said while addressing the nation on Thursday.

He will seek a confidence vote in the National Assembly on Saturday in an apparent move to counter the opposition’s ability to challenge the legitimacy of his government.

PM Imran, in his message to the alliance of 11-party opposition Pakistan Democratic Movement (PDM), vowed “not to spare anyone even if that meant losing premiership”.

“I am addressing the PDM right now, my message to them is that I will not spare anyone of you even if I lose power until you return the nation’s money.”

Raising questions over the “performance and responsibility” of the country’s top election organising authority, the premier said that the Election Commission of Pakistan (ECP) had a major role to play during the Senate polls but questioned its request to hold the election via close ballot.

“Your [ECP] major responsibility was transparency [during the Senate polls] but why did you ask for a close ballot,” PM Imran questioned.

The premier said that whether he is in the government or out of the assembly he will not spare those who looted wealth of the nation and added that his struggle for the supremacy of the law will continue as long as he is alive.

“I will take out the public and will continue to face them. I believe this nation will turn a great nation.”

He said that had there been an open ballot during the Senate elections, the PTI candidate would have emerged victorious on the Islamabad seat.

“They [the opposition] staged the entire drama on Hafeez Shaikh,” Premier Imran said. He added that women candidates told him that Rs20 million were offered to them.

Slamming the ECP for “damaging democracy in Pakistan”, the prime minister said that despite the Supreme Court’s suggestion, the election body could not bar code only 1,500 ballot papers.

Also read: PTI gets the lion’s share in Senate polls

While talking about his decision to come into politics in Pakistan, PM Imran said that he wanted to uphold the supremacy of law in the country as it had different laws for poor and the rich. “I have spent 8-9 days in jail during the Musharraf rule. I could only see poor people in prison,” he added.

He also said that Pakistan was in a better position before 1985 but faced difficulties because of corruption. “When culprits are not arrested, the country faces downward trajectory.”

Imran Khan said that when a prime minister of a country engages in looting and plundering, he puts a nation under debt. “Being a PM I can make billions from a project. I can even tell you how it is done. I can ask to increase cost of a project. This how wealth is plundered but in the end it is the masses who suffer,” he added.

Talking about the Pemra’s ban on broadcasting former prime minister Nawaz Sharif’s speeches, PM Imran said that the PML-N supreme leader is a convicted criminal and a fugitive. “What is he? Nelson Mandela?” he taunted.

He asked the nation whether they want to make a compromise with the “robbers”, saying what example as a nation “we were setting for future generations”.

“How will corruption end when Yousuf Raza Gilani and other get acceptance,” he added.

He said that no government can end corruption on its own but “effort of the entire nation is needed”.